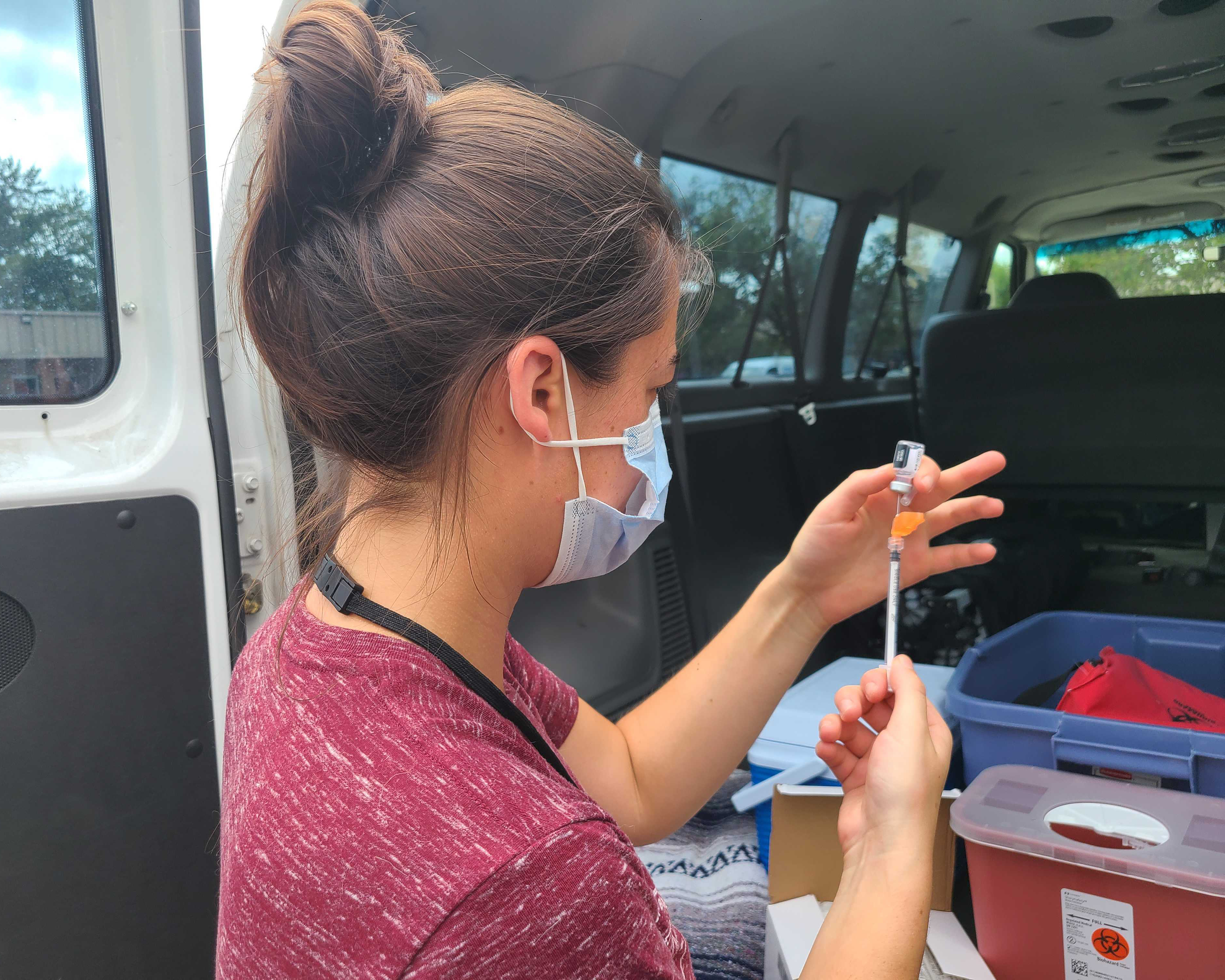 We spoke a few weeks ago during a mobile outreach vaccine clinic that she was working about how the more than 17 months of the pandemic – and working with Columbians from all walks of life – has impacted her. 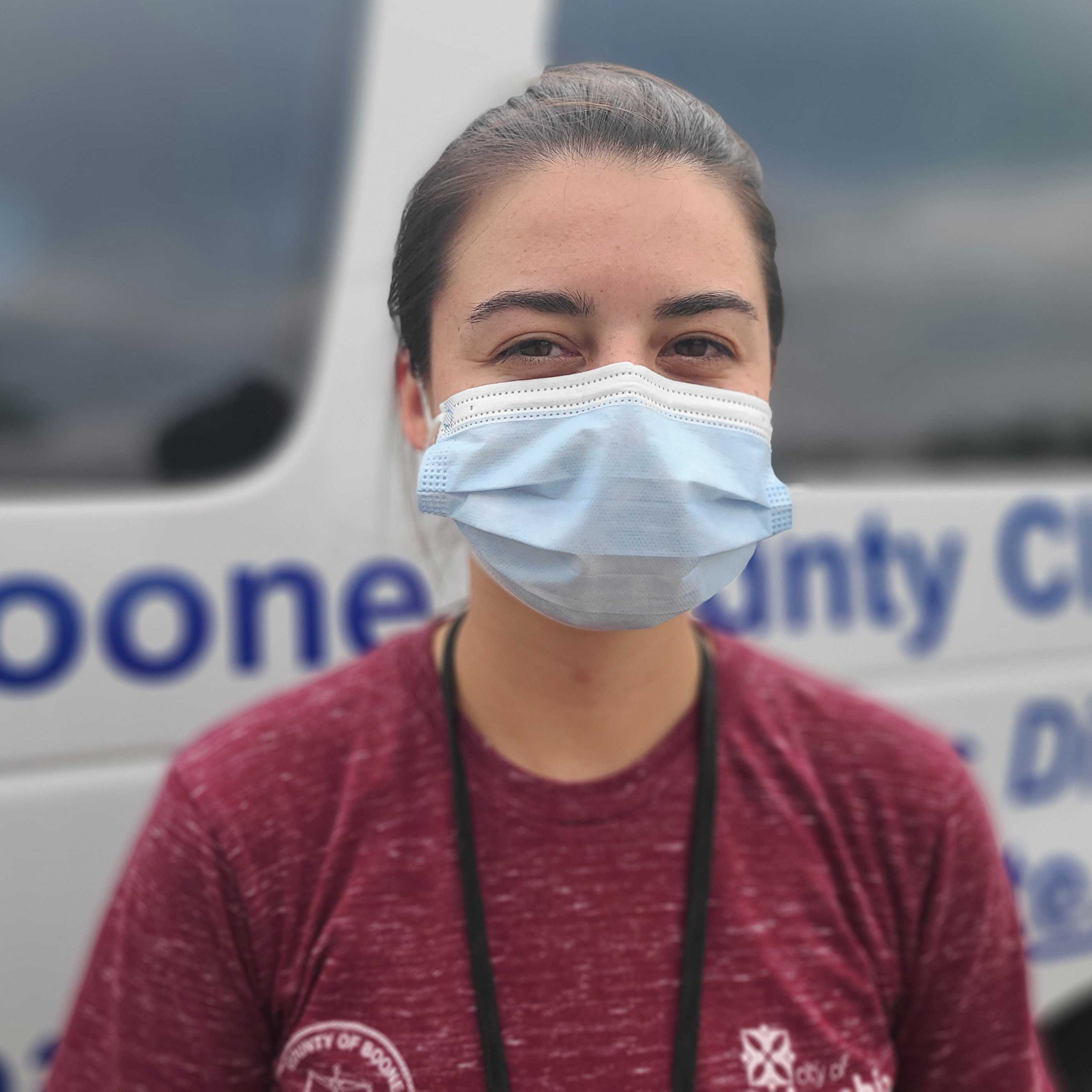 Kennedi Barker: Yeah. So, honestly, a lot of what has happened over the last year-and-a-half is kind of been blurry now that we've been in it for so long, but I would say, I don't know – every feeling was felt last year: You had your wins. You had the lows. You had frustrations. You had people saying ugly things to you.

I would say, a huge part of what we've done over the last year-and-a-half if just education – so much education, which has kept us all on our toes. We have had to constantly been digesting and reading at all, and then you have to translate it in a way that's easy to understand.

But it's definitely been a long year-and-a-half. It doesn't feel like things are really slowing down either. I will say the one thing, one of the positives about this year versus last is that people see the vaccine, all of us see the vaccine, as something that gives hope.

So, people have been in better spirits – I would say for the most part, especially when we go to clinics, it's not often people come up and just to harass us, for the most part, they're there because they believe in the effort. They want it.

Things are looking up this year versus last year, and I can obviously see that people are more interested in receiving the vaccine that have been more hesitant, and I do think that's probably because of the Delta variant.

Rebecca Smith: Is there any memory or experience through your outreach work or just over the last year that has really moved you, or stuck with you?

Kennedi Barker: Yeah. I would say, I feel like a lot of my more touching moments have come from doing homebound visits – where we were doing, Oh my God, I don't know exactly the numbers of how many homes that we did, but it felt like hundreds – where we would go to the people's houses, and they would invite us in, and we would complete their vaccination within their home.

A lot of those people, as you can imagine, are very isolated. They don't get out, and so, for us to go into their home – not only are we bringing a new energy, new personality, but we're also providing something that is going to potentially save their life and make them feel more safe.

And I don't feel like one person stands out more than others, but just, I mean, there was one person that like, invited me to eat dinner with them because we were having such a great conversation.

And yeah, I just feel like everyone was so grateful towards me that it made me want to stay for reasons other than just doing their vaccines. I just wanted to get to know them as people.

And I tell my friends that even though they've all lived here in Colombia for a long time, and I'm fairly new – six, seven years, I feel like I know Colombia better than them, because I've really gotten to meet the people that live here.

Yeah, I just feel like I've really gotten to know Colombia a lot better versus only seeing the student side of it, but when you get in the outskirts, it's like, “okay, these are also my neighbors. These are my community members, and their lives matter.”

So yeah, it's really made like a bigger place seem smaller to me, and I just have really, really loved doing, honestly, the homebound visits and getting to talk with people that have so many stories, and I'm willing to listen all day.