Brenda Nichols: 'You Wonder How You're Gonna Get Stuff Taken Care Of' - Missouri Health Talks - KBIA
BACK TO ALL STORIES

Brenda Nichols: 'You Wonder How You're Gonna Get Stuff Taken Care Of' 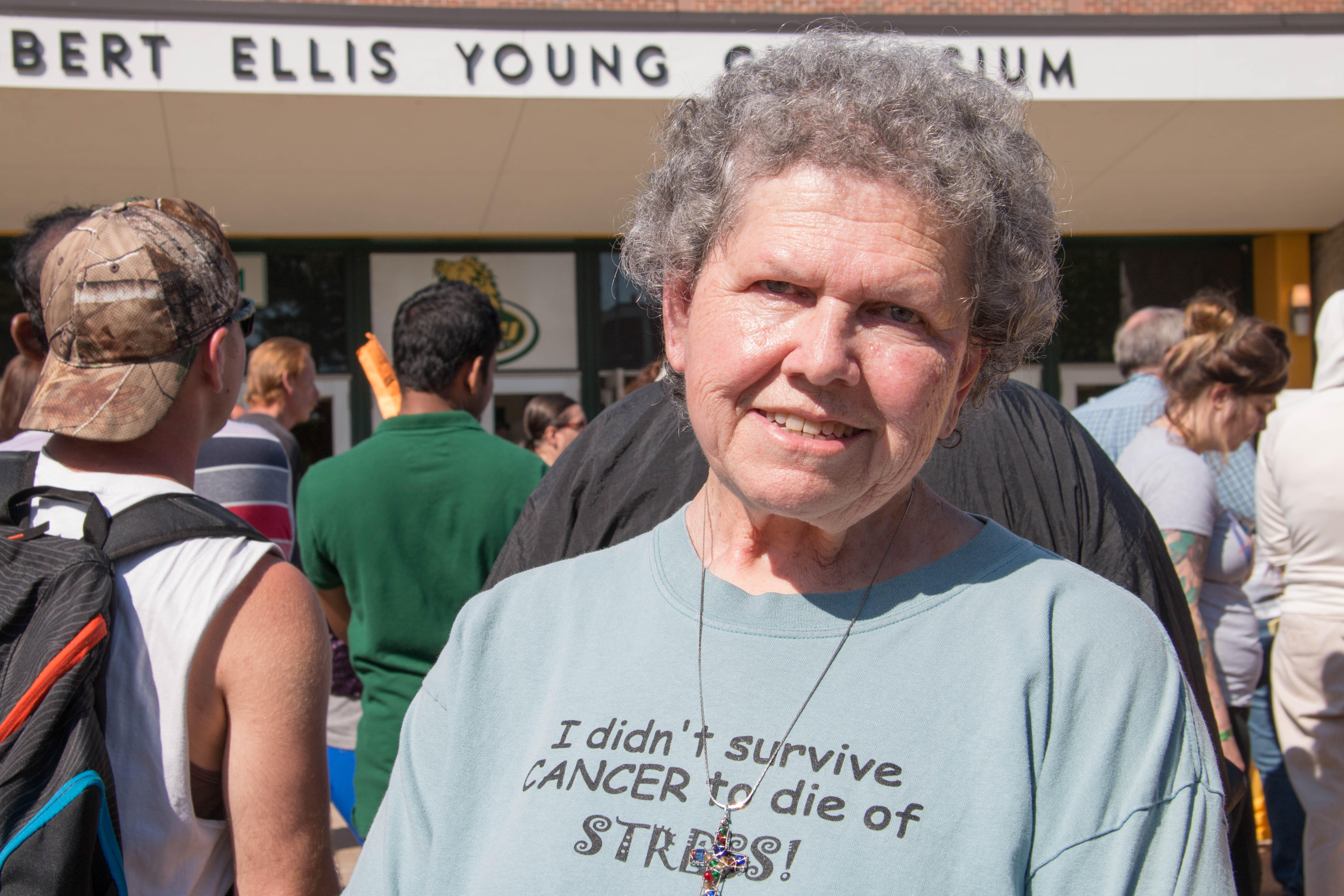 Brenda Nichols lost her father in the 2011 tornado that decimated Joplin, Missouri, but she says this is far from the only hardship she has faced in her 68 years. She is a 20 year survivor of breast cancer and has struggled to get oral health care in the past few years.

We met as she waited in line to receive care at the sixth annual MOMOM, which is a once a year, two-day dental clinic providing free care for anyone who’s willing to wait in line. It’s in a different place every year, and this year the event was held in Joplin.

Brenda, who lives in Carl Junction, Missouri, seems to always be smiling and remains optimistic, but says she “never dreamed” she and her husband would struggle this much as they got older, and she spoke about some of the difficulties she and her husband face getting care. 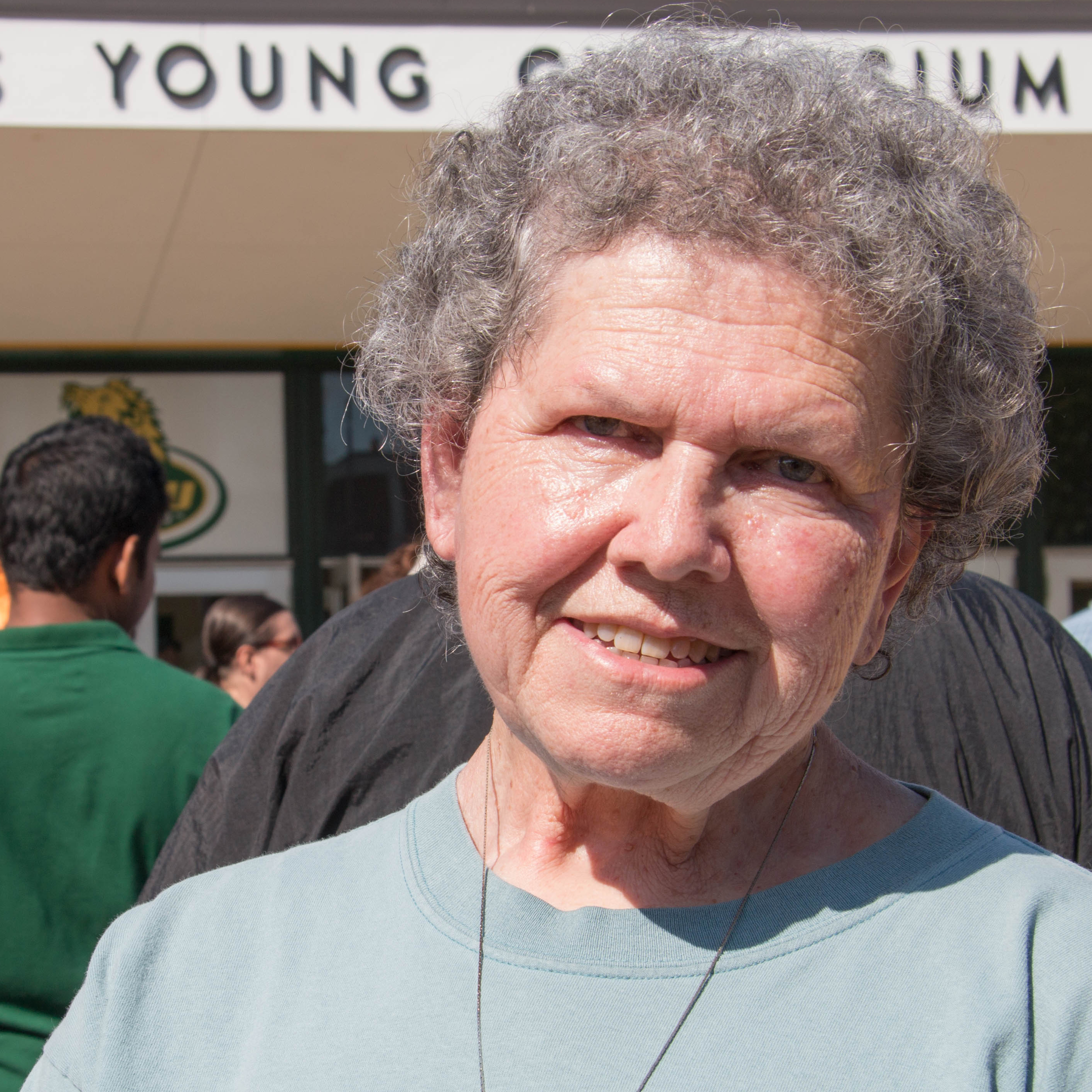 Rebecca Smith: Would you be able to get the necessary dental care you need without an event like this?

Brenda Nichols: No. No. I went to a local place here and asked how much it would be to get my teeth cleaned: $200. I said, "Well, I won't be back. Thank you, but I won't be back." Because that just seems awful excessive and we didn't have it.

You just keep brushing the teeth and hoping the filing doesn't fall out - that was getting close to falling out.

I wish my husband could have come, but he's not well. So here I am.

I keep after my grandson. He's good about it, but I say "go brush your teeth." He says "Nana..." And I say, "No. Not Nana. Go brush your teeth." So you have to teach them young because it's so important. They're going to regret if they don't take care of them.

And I've taken care of mine and they still, you know because I haven't been able to go to the dentist, that's why they've gotten, you know, like they are now.

Luckily, I've been able to save most of mine. I pulled one of my own last year - no money to get it done, you do what you have to do. And my doctor said, "You shouldn't have done that," and I said "Why?" I said "I didn't have the money." She said "You needed an antibiotic." I said, "well, you can give me one now."

But it's tough. You wonder how you're gonna get that stuff taken care of. And like my husband took a fall, well, his blood pressure drops. I finally had to call the first responders to help me get him up after I drug him from the bathroom to the bedroom, but then he couldn't get in bed.

I told them, “do not send an ambulance. If he needs an ambulance, I will take him on the truck because I can't afford another bill.”

And that's sad because you're scared, you want them taken care of, but my husband and I are just determined we're gonna help each other as long as we can - stay out of the home because that's horrible.

So, you just do what you have to do. I never dreamed we'd be like this in our older years. Never did I dream. But it's here. And we're dealing with it, but it's hard.

Because if I would need major surgery with my health issues, I wouldn't get it because I'm too old. I’m 68 years old. But I wouldn't be worth saving. And that's sad - that's sick. You know, we want to live too.

And our President and the government needs to realize, you know, they're up there with the big money. Come live in my house for a month. They'll see what the real world's like.